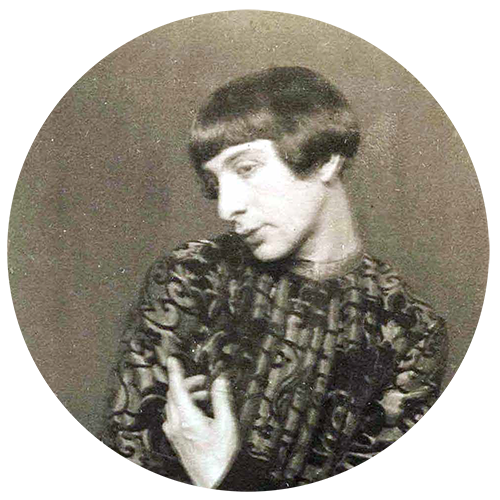 Originally from Russia, Alexander Sacharoff studied painting in Paris. He relocated to Munich in 1905 and decided to dedicate himself to the art of dance, which he pursued with intensive training and aesthetic consistency. He worked in Schwabing with Wassily Kandinsky and the Russian composer Thomas von Hartmann on the idea of a scenic synthesis of the arts. Sacharoff was a member of the Neue Münchner Künstlervereinigung (New Munich Artists’ Association) and a friend of the artists of the Blaue Reiter, especially Marianne von Werefkin and Alexej von Jawlensky.

Sacharoff made his debut at the famous Royal Odeon concert hall in 1910. He personally designed his exquisite costumes. He was celebrated in modern artistic circles, but was also controversial because of his androgynous aesthetic. Regarded today as the first modern dancer, Sacharoff began a dance and life partnership with Clotilde von Derp in 1913. After emigrating to Switzerland, the couple enjoyed worldwide success. 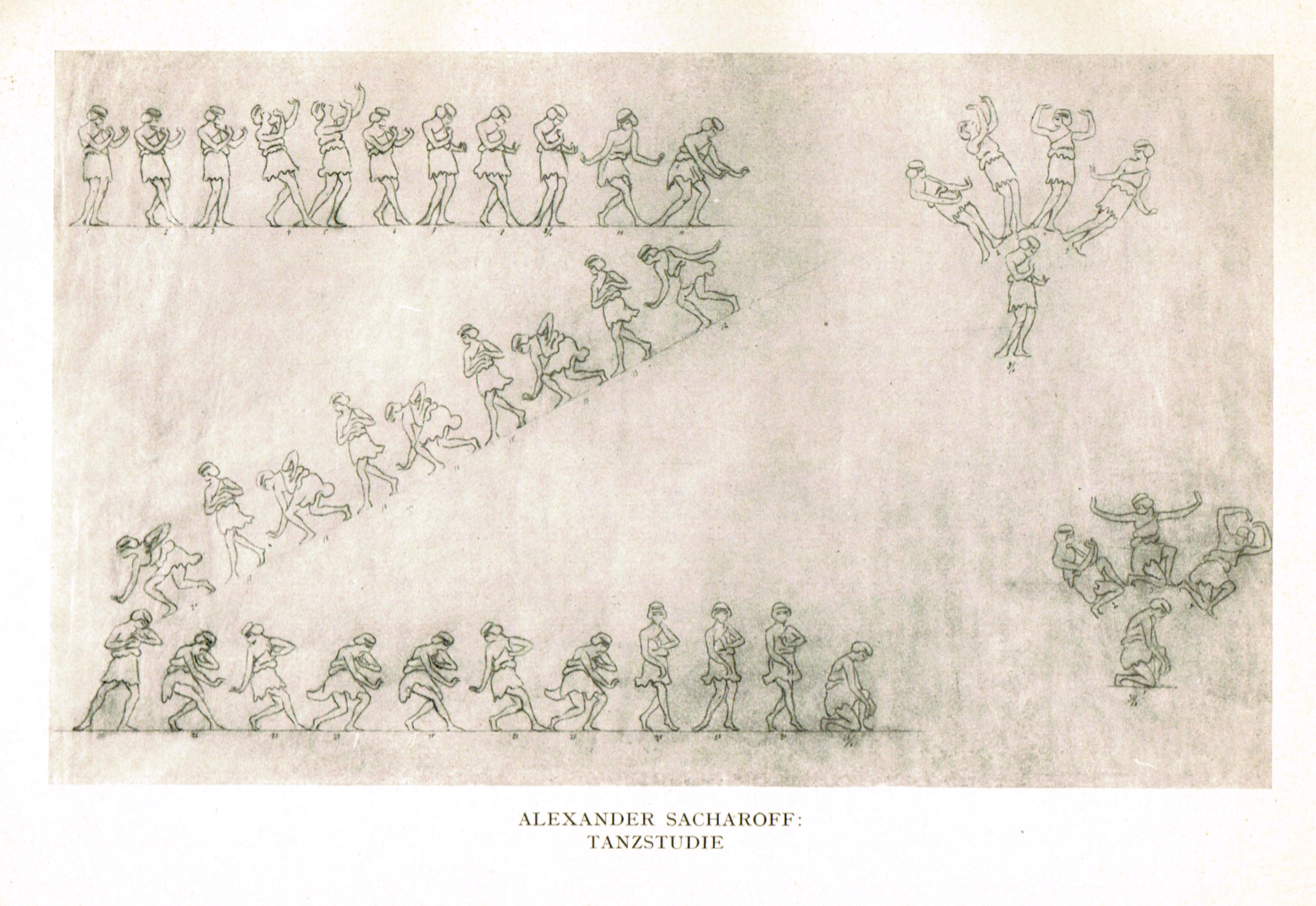