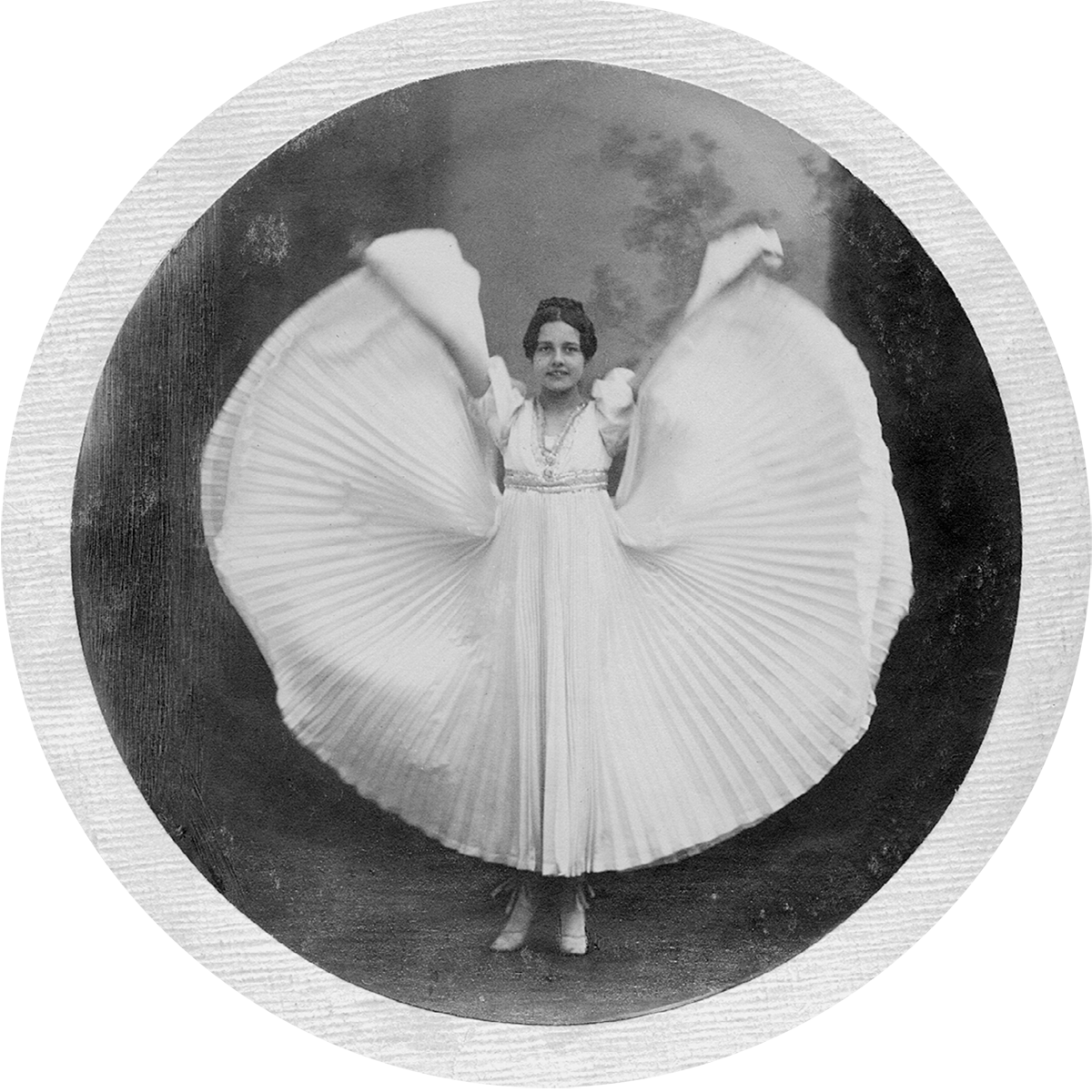 Anna Maria Brandmair gave birth to a daughter, fathered by Franz von Stuck (1863-1928), in Munich on 9 April 1896. Franz von Stuck chose not to marry the infant’s mother, but instead wed the American widow Mary Lindpainter, née Hoose (1865-1929) in 1897. The couple remained childless; Lindpainter campaigned with great commitment for permission to adopt her husband’s illegitimate daughter Franziska Anna-Marie Louise. The adoption was all the more urgent because the girl’s biological mother had given the child to the Institut der Englischen Fräulein in Berg am Laim1 when she was five years old. After a lengthy legal dispute and in accord with the wishes of the Prince Regent, the adoption finally took effect in 1904 and the girl moved into the luxurious villa that the Munich construction firm Heilmann & Littmann had built according to her father’s architectural plans in 1897/98. Mary Stuck, as she was now called, was Franz von Stuck’s favourite model. In the years leading up to her marriage to the building contractor Albert Heilmann in 1917, her father created an extensive trove of paintings and drawings, mostly based on photographic models, and depicting her in various costumes and staged poses.

A series of six photographs depict Mary Stuck in front of a painted forest backdrop as a skirt dancer2 in a pleated white dress, which she holds aloft and swings around her body, or performing a Spanish dance with Hedda Kaulbach. Both series were created in 1907. It is not surprising that Mary attended the “the School of Gymnastics and Dance of Miss Rice”, an Englishwoman who, together with her sister Margaret, also taught classes in skirt dancing in the Kleiner Kaimsaal in Türkenstraße. Mary, however, did not develop any ambitions to become a dancer. At the age of 21, she married the consul Albert Heilmann, who was ten years her senior. Their union produced three sons and a daughter. When she decided to return to her father’s villa with her children in 1928, Franz von Stuck died unexpectedly, which caused her to suffer a nervous breakdown. Although she was the sole heir, she and her husband had to sell the villa at auction in order to be able to pay the compulsory portion of her inheritance to her stepmother Mary Lindpainter, who died the same year after a serious illness. The news that her son Erich had been shot by “his own comrades when he tried to defect to the advancing Americans” precipitated another crisis.3 The villa, which had been badly damaged during the Second World War, remained in the family after Mary Stuck’s death on 5 July 1961. Through the initiative of the Munich architect Hans-Joachim Ziersch and his wife Amélie, the house was renovated in the mid-1960s and set up as a museum. (B.O.)

2 The so-called “skirt dance”, first popularised in England, was danced while wearing a wide skirt, which the dancer grasps at the hem and swings around her body.