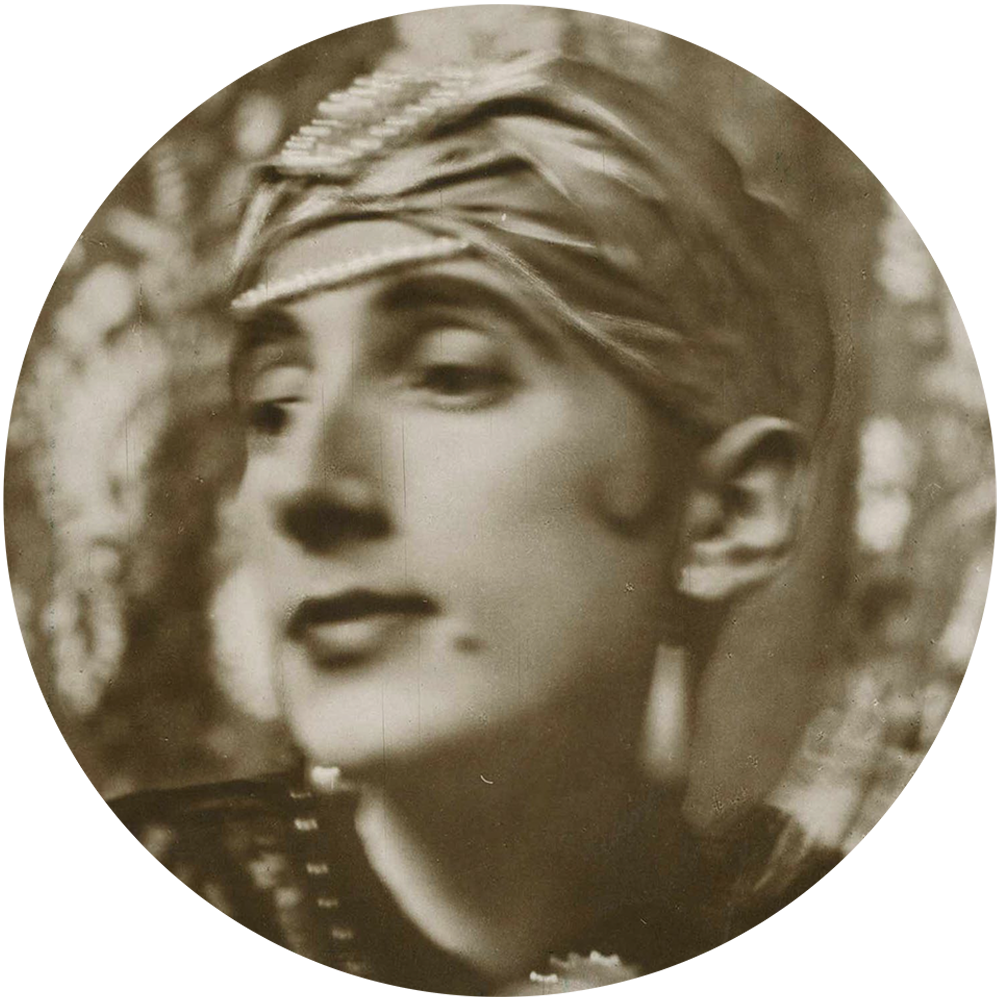 Born into an officer’s family in Hückeswagen, Joachim von Brüsewitz began studying art in Munich in 1913 and was an enthusiastic spectator of theatre, opera and concert performances. He also became interested in dance in Munich, where he saw two performances by the new Sacharoff-Derp dance duo in 1913. He asked Sacharoff to give him an autographed photo with a personal dedication and soon began a career as a dancer. He had a portrait postcard made in the Tietz department store’s photo studio in 1914. Hanns Holdt soon became his preferred photographer, shooting photos of him and his dance partner Lo Hesse, who also worked as an actress.

Charlotte Hesse, who married at an early age and was widowed soon afterwards, studied music in Munich and took lessons from the Munich painter, poster artist and stage designer Walter Schnackenberg. He advised her to dance, so Seewitz and Hesse formed a dance couple in Munich in 1916 and soon achieved great success with their exquisite programme. Schnackenberg created costumes, graphics and posters for them, and they were also immortalised in Rosenthal porcelain figurines. In 1919, they turned down an offer from the Vienna State Opera to perform a dance pantomime by Richard Strauss and embarked on tour of South America. 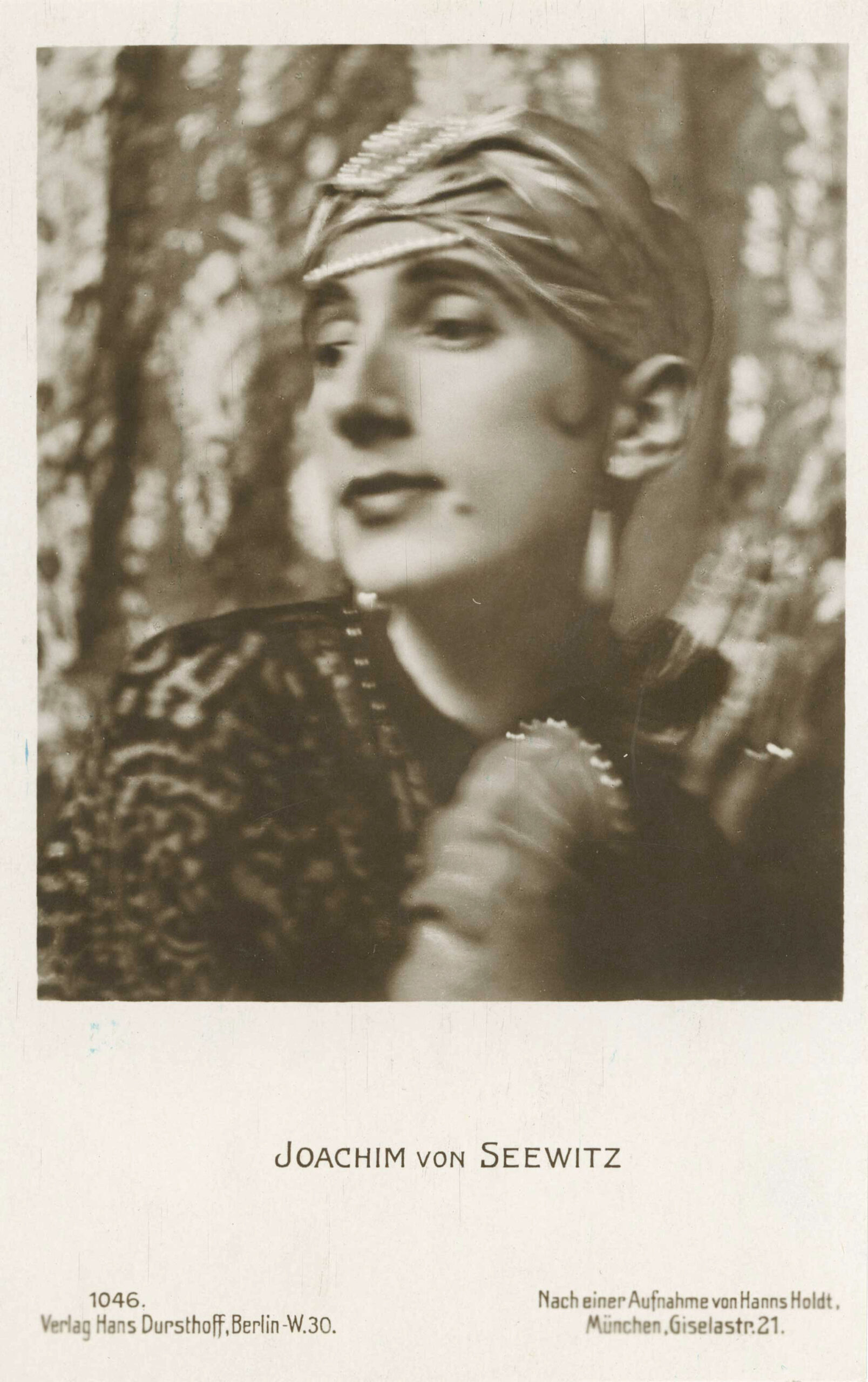 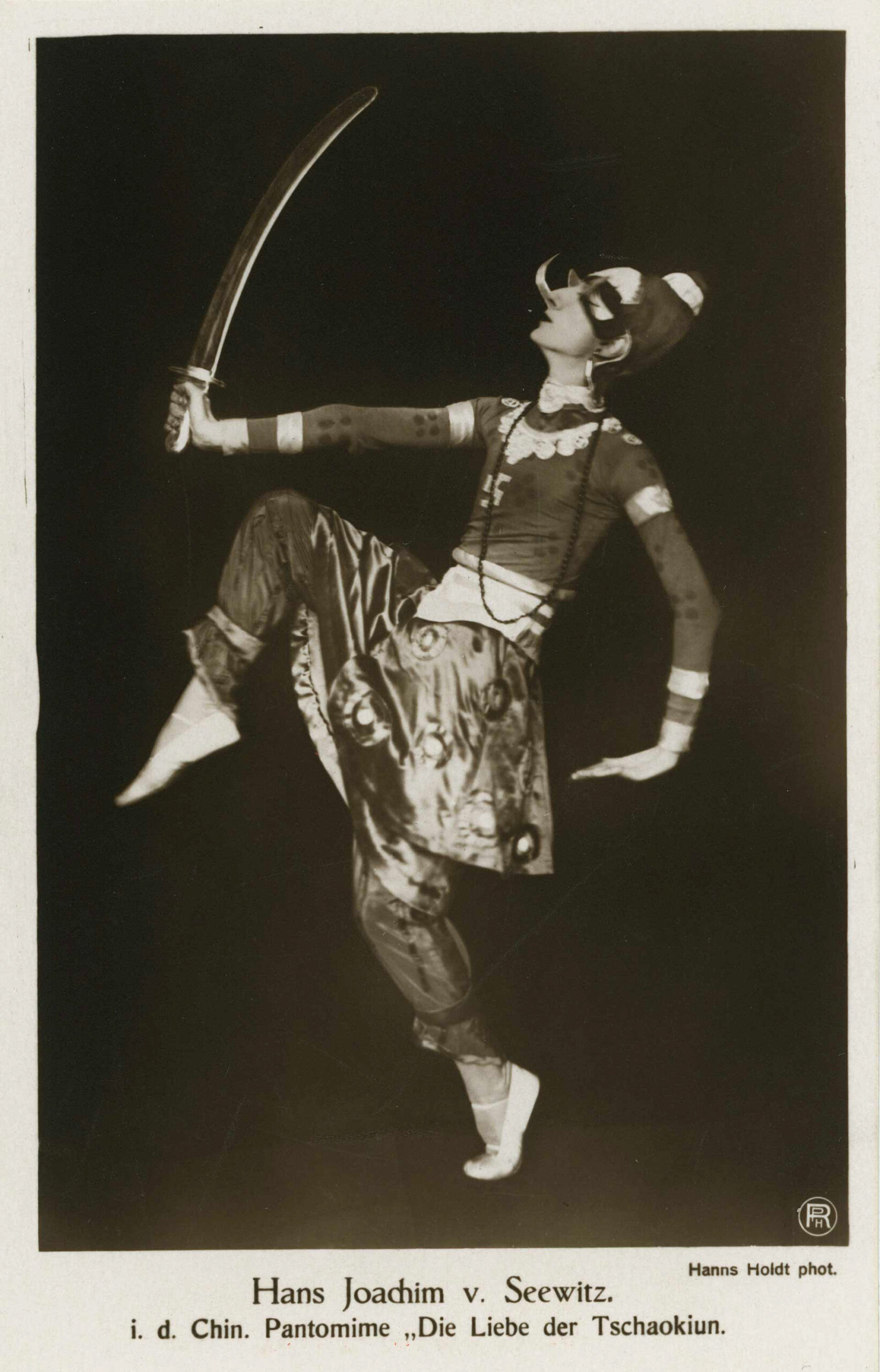 Germany 1921, commercial film, two minutes
Director: Lucian Bernhard (source: Filmportal.de)
Production: Werbedienst GmbH
With Joachim von Seewitz and Lo Hesse
The archivist Iris Kaufmann discovered the two-minute commercial (animated) film “Der Traum des Torero” (“The Dream of the Torero”) in the Hückeswagen City Museum in 2007. Filmed on cellulose nitrate in 1921, the commercial film also featured Joachim von Seewitz and Lo Hesse, who were a famous dancing couple at the time. Their appearance in this commercial for cigarettes earned Seewitz and his partner 100,000 marks. Their joint dance career began in Munich in 1916, which they continued with great success in South America in the 1920s. || B.O. 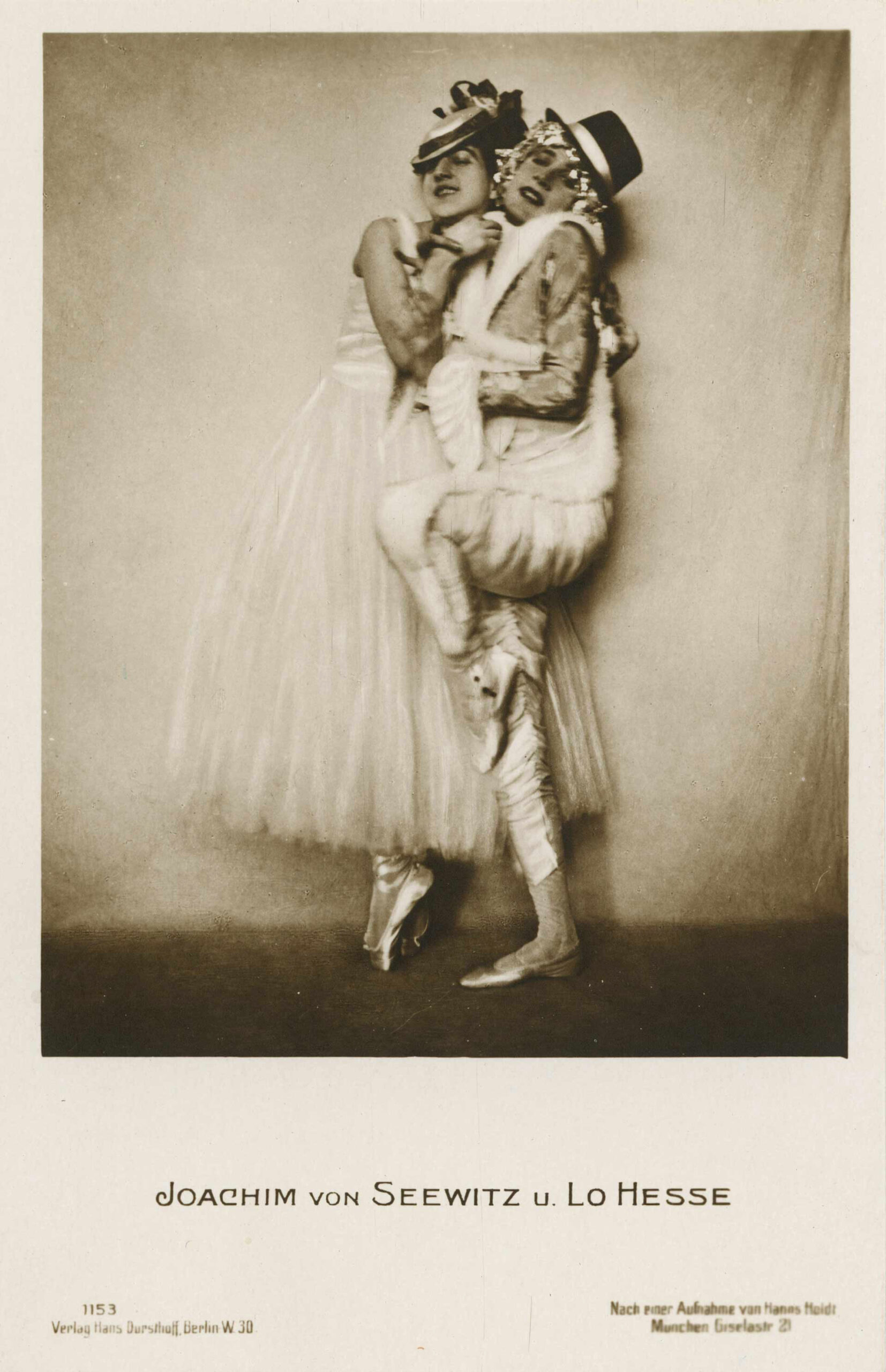