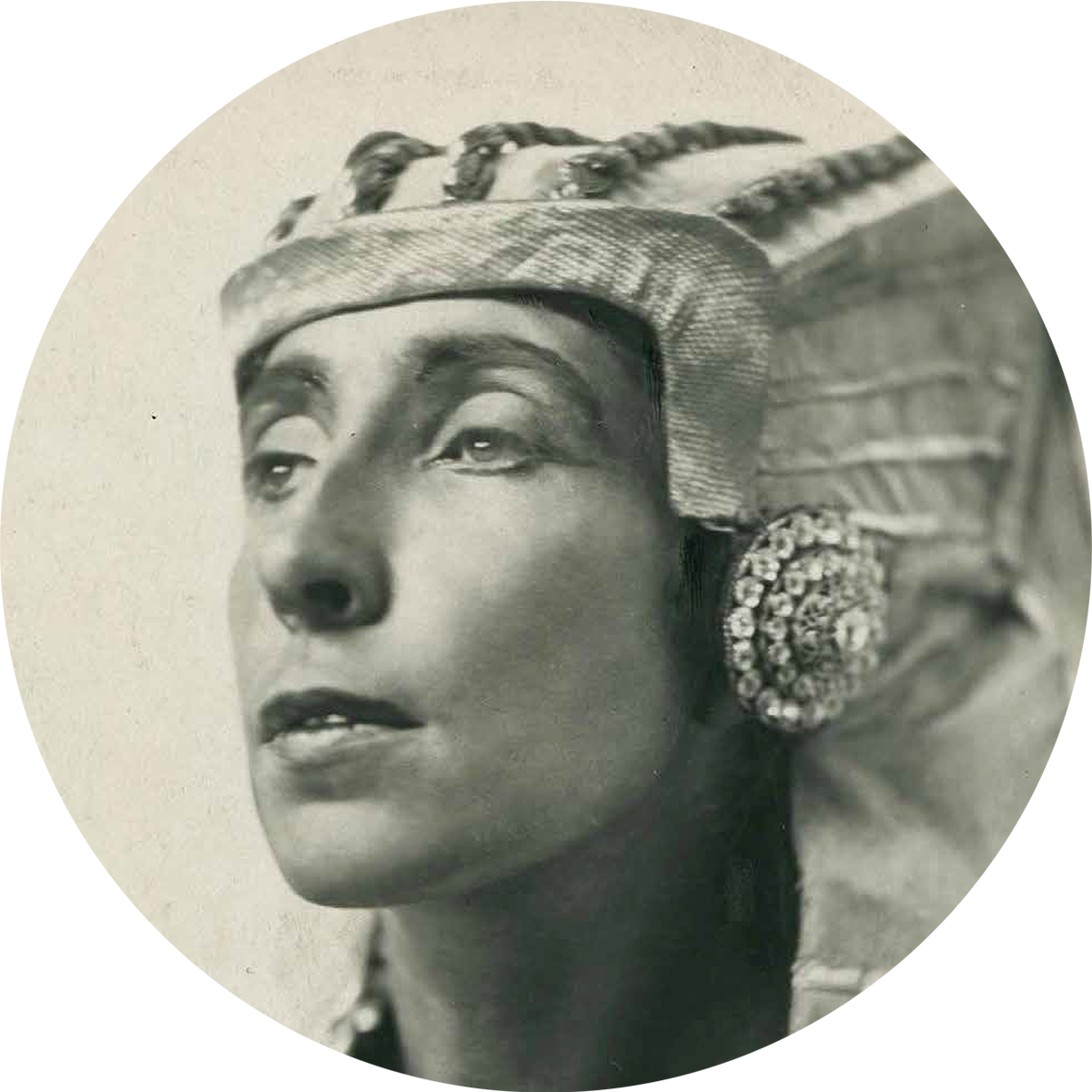 Originally from Riga, Elsa von Carlberg came to Berlin in 1905 to prepare for her Abitur and to take dance lessons. Afterwards, she studied philosophy and history in Munich and became interested in Egyptology. She chose the exotic stage name Sent M’ahesa, which could be related to the Egyptian sun god Mahes or to the Hindi phrase for “wife of Shiva”, the god of dance.

She debuted at the Künstlerhaus in Munich in 1909 with “Egyptian dances” such as “Lotus Flower” or “Dance of the Moon Goddess”. With special costumes and geometrically composed movements, her dances did not correspond to the prevailing ideal of graceful beauty, but she was nevertheless highly successful until the 1920s. She ended her dance career in 1932, moved from Munich to Sweden, and worked there as a translator and author. 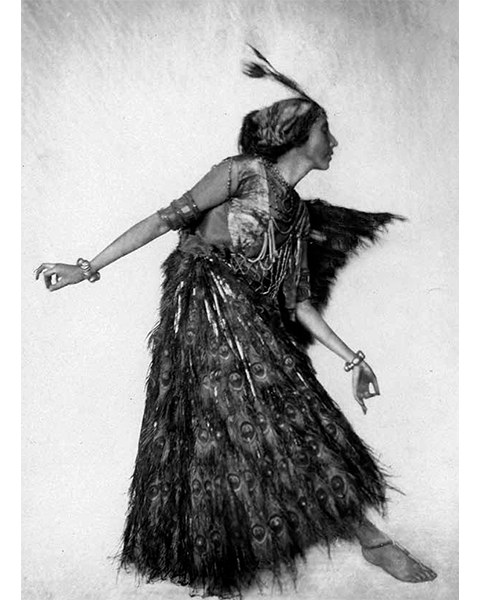 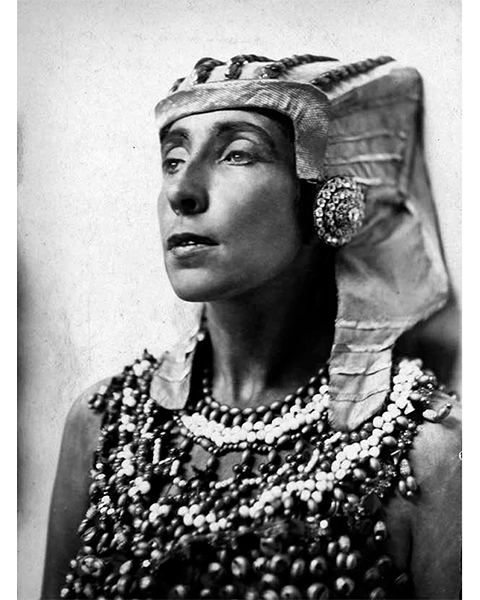 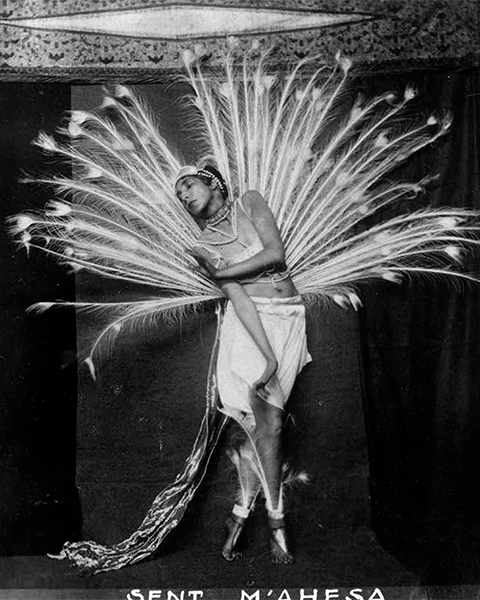 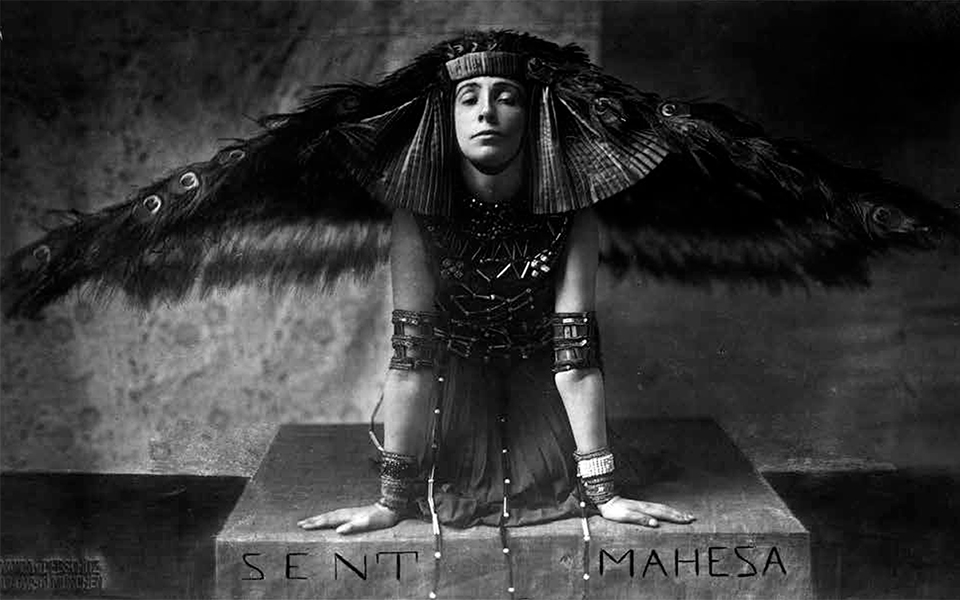 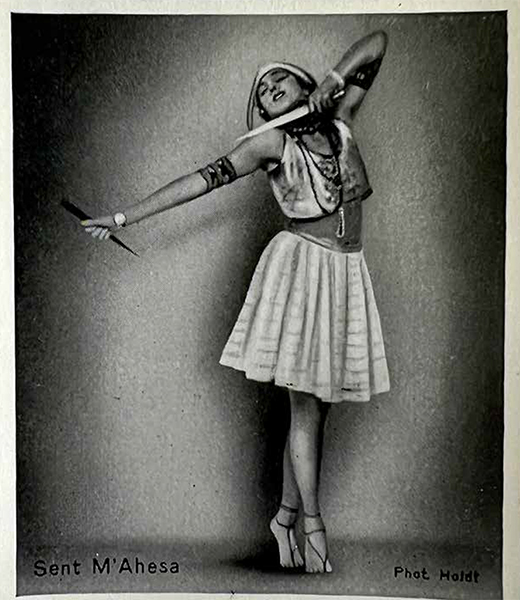